Show your pride!  And start a conversation that will often result
in the person or people who ask you about The Net Millionaires
Club..  in NEW MEMBERS SIGNING UP under your affiliate link! 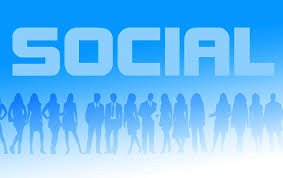 Almost everyone who has been on a computer, has  been on Facebook or Twitter,  or some,  or all of the many social media platforms online.

What we want to show you is how to get your message, your site out on these outlets so that more and more people can be introduced to your site, join your list and buy from you!

It’s silly to build a fan page that you’ll only reach 3 – 5% (or less) of when you post something. Yet, you’ll still need to have one to run your ads. Make sure your fan page exists, but I wouldn’t worry too much about posting to it.

Don’t get frustrated if you don’t get much of a response. Facebook wants you to pay them for traffic and you’ll get very little attention organically in most markets.

If you get the right ad and the right audience, FB is a great source of traffic.

The secret to doing it right is to target one specific audience with an ad, not dozens at a time.

Choose 6 images and set up your ad. You can get free photos from here or here.

Next, select a single audience.

Finally, select a single delivery method (desktop, mobile, or right sidebar). Do not select more than one at a time.

Lastly, set it up for the other delivery methods.

After running your ad for a few hours, Facebook will choose your winners for you (based upon performance). Delete the ones they stop showing and add new images to test.

Repeat this process for other audiences once you have an ad that is working.

What you see above is Twitter’s interface to create a twitter card for your website. You only get 140 characters to lure someone into clicking through, so be creative and use what you’ve learned about writing solid headlines. When you tweet from an account, any of your followers that are online will see what you post.

When you transform a tweet into an ad, it keeps the tweet high up in your target’s newsfeed. Depending on who you’re targeting, twitter can be an incredibly viable traffic source and the ads are generally very cheap!

When posting an ad, be sure to use a link that is specific to Twitter. You want to be able to see whether the traffic is creating sales.

Test out a low budget ad and see how it works for you. If it’s generating a positive ROI, raise your budget!

Linkedin My tests on Linkedin led to very little success, but this formula works on all platforms:
Test an image, one audience, and one set of ad text.
Devote $20 – $30 for testing.
If you generate clicks and sales from the test, raise your budget. If you don’t, try a new image, audience, or ad text.

Only change one at a time. While this can get expensive if your ads are continuing to underperform, eventually you will find a set that works for you.

YouTube The one thing most people get wrong with YouTube ads is thinking that they have to be using videos as their ads. Don’t forget that you can use banners, too.

If you are going to be using an ad, try testing it to your social following to see if it will perform before you spend money to show it to any new audience. If it performs, set a small budget and see if it converts.

If it does, raise your budget. If it doesn’t, restart the process.

Let’s get you some of the hottest resources there are to help you market on social media effectively:

Most viral traffic campaigns that don’t work can be traced to one of these main causes.

The three most common issues are:

I’ve been “writing” content for years. Over time, I developed a strategy that gets the best content out of my head and onto the page.

First, you need to come up with what you’re going to write about. If you can’t come up with any ideas, check out viral style blogs like Upworthy or Perez Hilton. Take their posts and figure out how to change what they write about to suit your customers.

Next, create a list of topics you’ll be covering in each paragraph. You’ll want between 3 and 7 paragraphs for a single piece of content.

Then transform each topic into a sentence.

Now elaborate on each topic with a few additional sentences to complete each paragraph.

Finally, close out your content with a clear call to action.

This can be applied to written content, video scripts, podcasts, etc… I’ve even used this strategy to complete a book in a few days.

This is an incredibly simple idea that you can apply to create content on topics you know nothing about.

First, you need to find the best content on the topic you need and the easiest way to do it is to search Google.

When you find info you want to include, copy and paste it into a document. Any word processor you normally use is fine.

Pay no attention to whether it’s making any sense while you continue through this process.

Once you’re happy with all of the content you’ve found, begin to organize it into an order that makes sense. You’ll need to make sure you have at least 5 paragraphs by the time you get to this point.

Finally, go through and rewrite each sentence into your own words.

Now, you’ve cheated your way to useable content without ever having to learn the topic.

The secret to outsourcing great content is to NOT provide just keywords. Provide HEADLINES.

These sites have pretty much perfected their headline game:

Swipe the headline setup and replace keyword phrases they’ve used with ones that apply to the content you want created.

They’ve always done a great job. I’ve purchased as many as 25 articles at a time and have been generally happy with what I get back.

The few times I’ve found issues with their content, they’ve always fixed it. Make sure you read through every piece of content you get back from them. If anything isn’t good enough, let them know and they’ll get you new content to replace it.

Because good traffic solves a lot of problems…